How to Play Rhiannon by Fleetwood Mac | Easy Tabs with Video 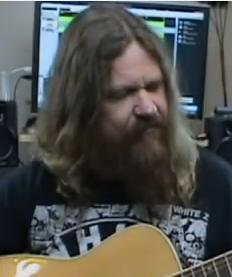 Hi everybody this is Darrin Goodman from GuitarControl.com bringing you this video lesson. Today I want to teach you the intro for Rhiannon by Fleetwood Mac. Lindsey Buckingham, the guitarist for Fleetwood Mac, does a lot of really cool things and I think he’s kind of an underrated guitarist, I mean he’s not a big flashy solo guy, but some of the stuff, the finger style things he does and just some of the riffs he comes with up with are just really awesome. Anyhow this is a really good one for working with your right hand because it’s not just like a consistent know fingerpicking pattern, you have a lot of variances in here. Alright so be sure to click on the link in the description for the tabs and let’s get started with How to Play the Intro For Rhiannon by Fleetwood Mac.

How to Play the Intro For Rhiannon by Fleetwood Mac

Now pick the bass note again and now we have to reach all the way to the fifth fret of the third string with our pinky to get that F five, that fifth double stop. Now we’re going to slide that chord shape up a whole-step, so it’s based out of a G, so that whole sequence again to C and then the entire sequence just starts over again.

All right so be sure to click on the link in the description for the tabs. This one might you know take a little bit of practice, especially getting used to doing that stretch with your with your pinky.

I have one little thing I forgot to mention on that when you’re doing that if you’re having trouble reaching that and you’re trying to do this number oh I got to stretch my finger try moving your elbow a little bit closer to the body so you kind of roll around; this way see how I’m kind of exaggerating the movement, you don’t literally do that, but by doing that you can get a bigger stretch when you bring your elbow in it makes your hand come out like you’re pointing back at the guitar when your wrist is bent in like that you can spread your fingers a lot farther apart. I got little tiny hands so if I can play this anybody should be able to play this. Thanks for watching How to Play the Intro For Rhiannon by Fleetwood Mac.

How To Play L.Zeppelin’s Living Loving Maid On Guitar

How to Play High and Dry Guitar Riff by Radiohead

How To Play The Opening Riff of “Back in Black”