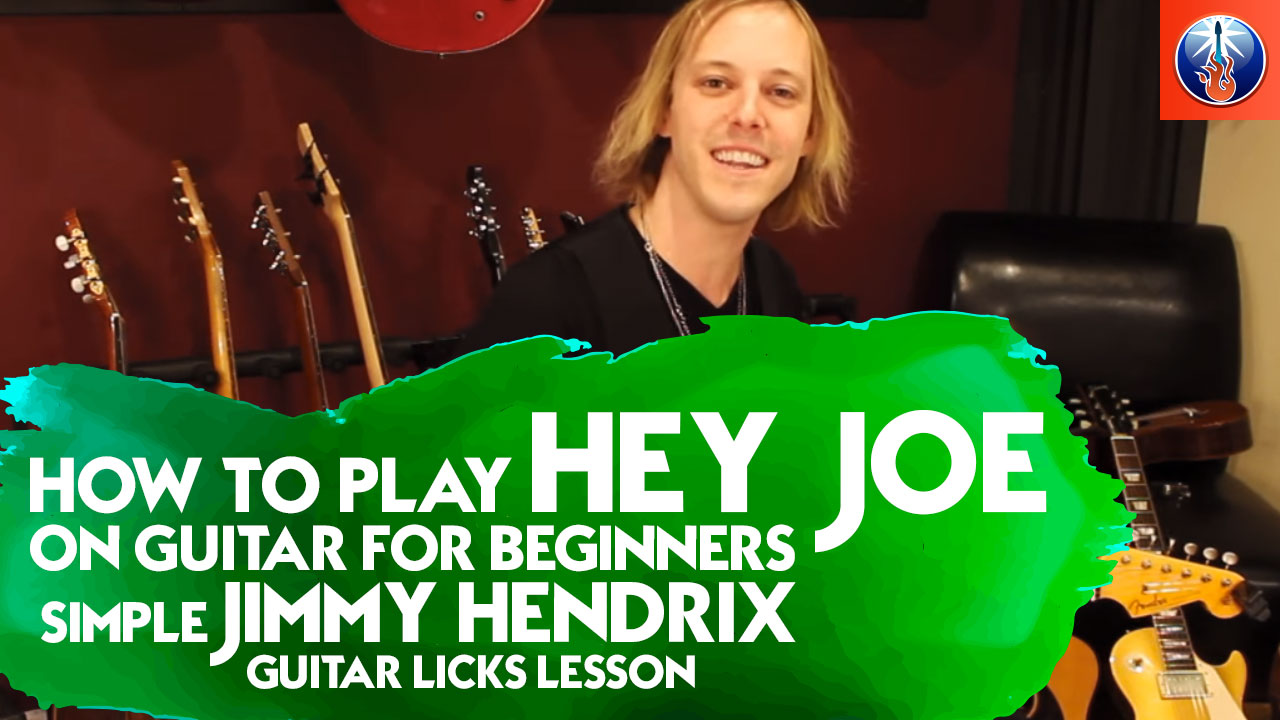 How to Play Hey Joe On Guitar for Beginners

In this Guitar control lesson video, Instructor John Maclennan How to Play Hey Joe On Guitar for Beginners [Pro-tips to Playing Like Jimi Hendrix]. I always think that anytime you are able to learn a song by a guitar hero as a beginner, it is really encouraging. It’s nice to know that even the greats enjoy the beauty the simple riffs and licks can have, and that things don’t always have to be hard and complicated to be great. That good is just good and the song comes first. If it calls for something crazy, then do it, if simple sounds better, then keep it simple. The song is always first. In this lesson John is going to breakdown some classic Hendrix licks that even beginners can do! All licks of course, from Hey Joe. This is one of the few Hendrix songs that Jimi actually plays in standard tuning, most of his songs tend to be in Eb, so all down a half step. We are going to cover a ton of cool licks from this classic song all in the E minor pentatonic scale around the 12th fret…a lot of careers exist from just knowing just this scale in this position, and who better to learn from how to solo in it, than arguably the greatest guitarist of all time, Jimi Hendrix.

Step one in learning how to play Hey Joe on guitar for beginners is learning the first phrase! The first bend is on the 15th fret of the 2nd string. You bend up one full step, using your third finger with tons of vibrato, of course, because this is a Hendrix tune and his playing is all about feel and emotion. Then you play the same note you just bent to, an E, but now on the 12th fret of the 1st string and just picking it once. Then you descend the pentatonic scale, starting at the 15th fret 2nd string to the 12th 2nd string, to the 14th fret 3rd string. On the 14th fret you go straight into a full step bend, you bend and release, so you bring your bend up and back down, then pull off to the 12th fret 3rd string. Hear John put this all together at the 1:11 minute mark. After all of that you are going to add two more notes. The 14th fret 4th string with your ring finger and the 12th fret 3rd string with your pointer finger, just picking both of those once. See 1:27 to hear all of that! And that is the first phrase, all out of your E minor pentatonic scale. Basically this is just kind of a blues. Hendrix was a great blues player. If you are enjoying learning these simple but classic Hendrix licks, be sure to also check out our other lesson video for how to play the solo to You Shook Me All Night Long by AC/DC for another simple lead from another guitar hero.

Recap: How To Play Hey Joe On Guitar for Beginners

I hope you enjoyed learning how to play Hey Joe on guitar for beginners! John covered some of the most classic licks from this song, be sure to practice this over and over, master them and then add them to your bag of tricks. And if you want to take it a step further, add your own twists and special flares to make these licks your own! Come up with your own variations and take different touches he did and add them to other licks you know, have written, or make up right now! And of course, as always, have fun!

How to Play Rhiannon by Fleetwood Mac | Easy Tabs with Video

How To Play L.Zeppelin’s Living Loving Maid On Guitar

How to Play High and Dry Guitar Riff by Radiohead

How To Play The Opening Riff of “Back in Black”

Hey, how’s it going this is Jon McLennan with Guitar Control, I will break down some Classic licks by Mr. Jimi Hendrix from a song