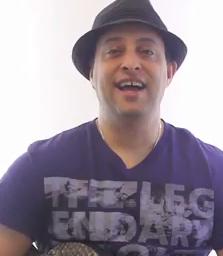 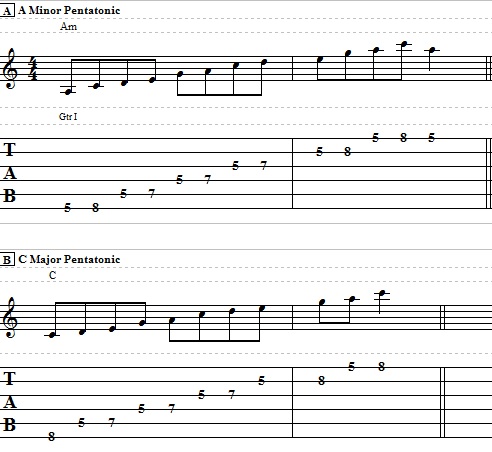 Let’s take A minor, G and F. It’s real commonplace to play that.
I’m just using E shaped chords. But to change things up a little
bit, the next logical step is the A shaped chords. I’m saying
that because it’s based off of the A string. You’ve got your
root here on the A string.

But let’s look at what that would be with some of these more
odd shapes, so A minor. That’s a tough one right there, but a
great one to get. There’s your G in a C shape. Here’s your F
in a C shape. I’m moving that stuff around. It’s a nice vibe.
You might also know something like this. That’s kind of the
same chord progression. We’ve got E, B, C sharp minor, A;
just a slight variation of that.

You can just do the regular barre chords. That’s sort of your
first way into that. Or you can try using some of these alternate
shapes to kind of stretch your brain and stretch your fingers a
little bit.

I’m going to go to just a regular A shape. This is a little bit
more advanced, for sure, than this. I’m going…
Are you guys getting this?

Again, let’s come back a little bit to sort of the fundamentals
of practicing. Pick something — maybe pick that one chord
progression or pick one chord to move around and practice that
until you feel like you own it. You want to have that confidence
and you want to have competence with new information, being able
to answer great new stuff. Don’t be afraid to totally, completely
play horribly wrong-sounding chords. It’s going to happen. But
stick with it and the guitar is going to basically just going
to start opening-up for you and that’s what we’re going to be
getting into here.