How to Play the Hexatonic Scale on Guitar 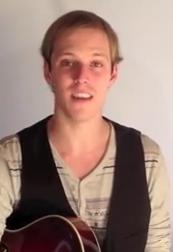 Hey, what’s happening, everybody? This is John McClennan
and I’m here with guitarcontrol.com, bringing you this
video lesson. What I want to look at today is something
called the hexatonic scale. You may have not heard of
it before, but our typical major scale, I believe
they call it a heptatonic scale, which means it’s
got seven notes. What we’re going to do is we’re
going to take that basic scale and we’re going
to remove the fourth step.

One of the things when it comes to improvising is people,
you may have heard this. Well, over G you should play
your G major scale. So people practice their patterns
and then they end up playing lines like…
And their solos end up just sounding like you’re
running up a ladder. It sounds like a scale,
which is not cool.

Try this little step here. Remove the fourth note
and instantly you’re going to start to get a line
where I’m just improving, using that pitch material.

So again, click the link below and this is what
I want you to practice this week, is just learning
that first position and then you can play the G
major 7 chord here, which is going to be 3rd fret,
4th fret, 4th fret, 3rd fret, skip the 5th string there.

So that would be a chord to attach to this and what
we’re going to look at next is a series of lines
that take you across the entire fretboard
utilizing this scale. So stay tuned.

Click the link below. We’ll see you in the next video.

How to Play Guitar Lick with Hexatonic Scale – Part 3

How To Play Guitar Lick with Hexatonic Scale

How To Use Pentatonic And Blues Scales