Today lets pickup where we left off on How to Play Tears in the Rain by Joe Satriani – part 2. Be sure to get the free tabs so you can easily follow along with the step by step video instruction. 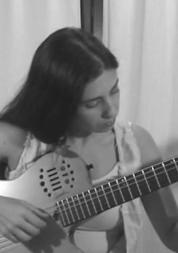 Tears in the Rain artist Joe Satriani is the most commercially successful solo guitarist of all time. He was inspired to pickup the guitar after hearing of the death of Jimi Hendrix, who he credits as a great influence. He has six gold and platinum albums reaching sales in excess of 10 million copies and has been nominated for a Grammy Award 15 times. Satriani spent a large amount of his early career as a guitar instructor and many of his students went on to achieve very successful musical carriers. His former students include; Steve Vai, Kirk Hammett, Alex Skolnick, Andy Timmons, Kenny Wayne Sheppard, Paul Gilbert, Robert Fripp and Steve Morse. Despite all of his success, Satriani was actually turned down after auditioning for the band Giuffria. Giuffria has since disbanded.

Satriani has served as a touring guitarist for Mick Jagger and Deep Purple after the departure of Ritchie Blackmore. He is well known for his G3 Tours that have placed him on stage with two other famous guitarists per tour. Past tours have included; Steve Vai, Yngwie Malmsteen, and Phil Colin. He is also a founding member of Chickenfoot that also features Sammy Hagar and former Van Halen bassist Mike Anthony. In total he has released 16 studio albums and one live album and continues to write, record, produce and tour to this day and is considered to be one of the greatest and most influential guitarists of all time.

For more killer lead guitar content, please check out one of our best selling course Killer Lead Guitar Made Simple.

Lessons on Chords and Rhythm Guitar

How To Play It’s All Over Now, Baby Blue By Bob Dylan

How To Play “Walk Of Life” By Dire Straits On Guitar

How to Play Pretty Young Thing By Michael Jackson

Get Out Of The Scale Rut With This Easy Sequence

How to Play a Basic Blues Shuffle Rhythm Pattern

Learn How To Play Hell’s Bells By AC/DC

The Thrill is Gone Lesson