Check out this How To Play “I’m a Believer” by The Monkees – Easy Guitar Song Lesson For Beginners from Guitar Control instructor Matias Rengel. Step by step video instruction and the free tabs will have you rockin’ this classic in record time. 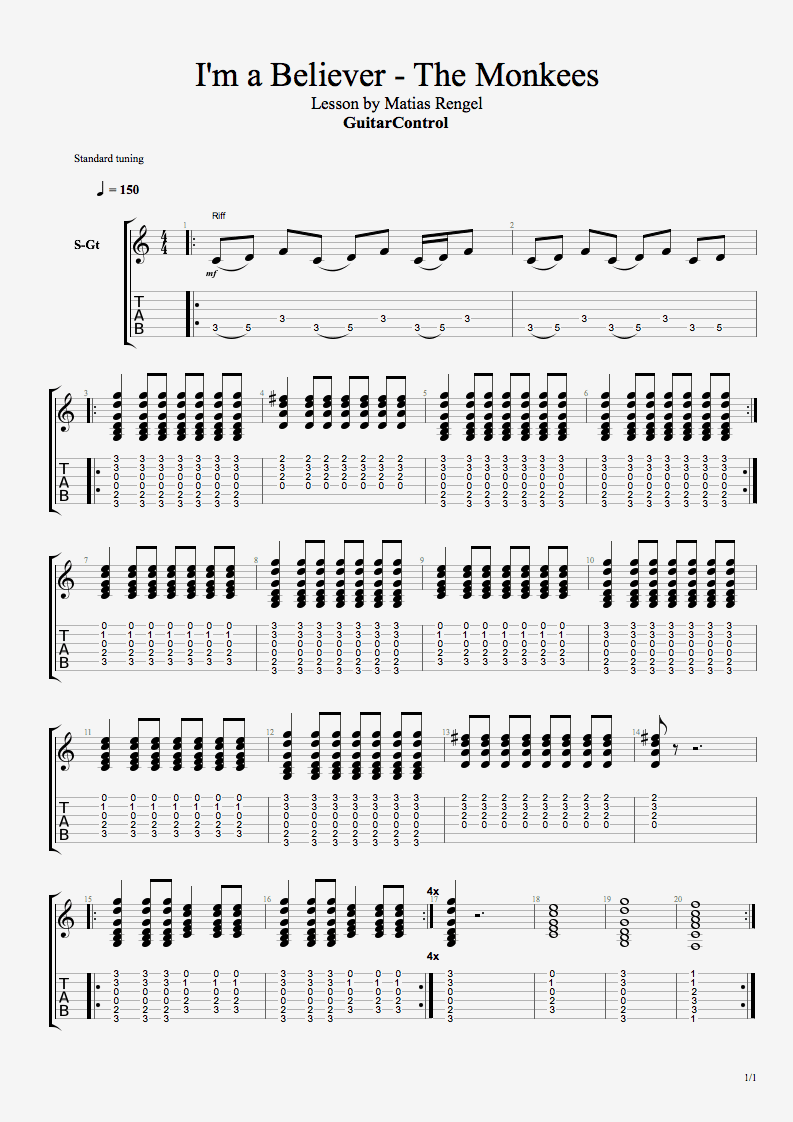 Hey this is Matias Rengel with Guitar Control and today you’re gonna be learning I’m a believer by the monkeys. As usual there’s a link in the description where you can download the tabs so make sure you click on it and  let’s get down to it.

So for this How To Play “I’m a Believer” by The Monkees lesson we have a riff and a chord progression that is happening, we have a verse and a chorus. So the first thing that I would like to show you is the riff because it’s the coolest part. So the riff goes a little bit like this… So what’s happening here we have the index finger on the third fret of the fifth string, coming on to the fifth fret of the fifth string.

Then what you’re gonna put your index finger a little bit like this, bending a little bit and you’re going to play the third fret of the fourth string just like that. So repeat that and then you’re going to play it at the same speed, but now the third time you want to believe it faster. So that’s for the beginning of the song and this part is also going to appear at the end of the song. Okay so now for the verses for How To Play “I’m a Believer” by The Monkees.

There you have it. That’s I’m a believer by the monkeys. I hope you enjoyed this lesson. Remember to subscribe to our YouTube channel. I have over 150 lessons here and they are uploading new lessons every week by me by other teachers. Thank you so much for watching.

Lessons on 6 Chord Progression on Guitar

How to Play Minor Modal Chord Progressions On Guitar

Learn How To Travis Pick With This Fleetwood Mac Riff

How To Play Stitches By Shawn Mendes