How to Play “More Than Words” by Extreme

Check out this free guitar lesson from Guitar Control. In this lesson you will Learn How to Play “More Than Words” by Extreme. 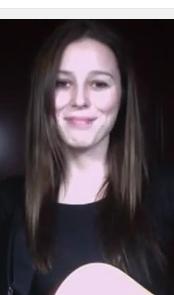 Hi everyone, my name is Paige Zollars and I’m here with SongTabs.com and today I’m going to show you how to play More Than Words by Extreme. So if you listen to the recording of this song they actually hand pick it, but today I’m just going to strum it so you can hear all how all of the chords sound; but once you figure out all of the chords you can find a hand picking pattern that works and it sounds really pretty on this song.

So I’m gonna split it into three sections. So the first section the chords are; G major, Cadd9, which is just like G major, but you take the first two fingers and move them over one string and then a chord called Am7 which if you’re playing C major all you do is lift the third finger off and that is Am7. Then it’s, C major and D major and then you repeat that to do the first section. So if you were to play it, it sounds something like this… so that is the first section of the song. So now it goes into a chord called Bm7 which is all the second fret you take your first finger and put it on the A string, your third finger on the G string and then your third finger on the E string; so you just get a string every time that is Bm7. Now back to Am7 to D to G major and then to E minor. The third section is a little bit longer and it starts again on the Bm7 chord it goes to Am7 to D7 which is you keep your first finger here and you put your third finger on the E string on the second fret and you put your second finger on the G string on the second fret. Then it goes to G7 which is you take your first finger put it down to the E string and then move your second finger up still in the second fret on the A string like this and then you move your third finger and put it on the E string on the third fret and then you go to C – G to Am7 which is from the G chord and you keep these two fingers right there and then you take your first finger put it down one string and take your second finger and put it above your first finger in the same fret like that… then you go to Am7 and D7 again and G. So that is a lot of changes in one section, so again I’ll go over it it’s Bm7, Am7, D7, G7, C, G. So to play it and sing it that sounds like this… then you can just go back to the first section and you can just repeat.

So there’s a lot of changes in this song but is very pretty song and it’s very fun to play and sing. So just to find all of the chord charts click on the link in the description box below this video and it’ll take you right to it. Thank you.

How to Play `Everybody Hurts´ by R.E.M the Easy Way

How To Play Someone You Loved By Lewis Capaldi

How To Play Jumpin’ Jack Flash by The Stones

How to Play Ain’t No Sunshine by Bill Withers

How to Play Skinny Love by Birdy