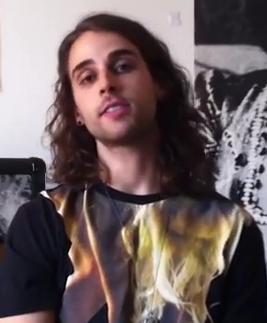 Hey. I’m Will. Thanks a lot for joining me today at my home studio.
I’ve been working hard for all you people out there that are learning
guitar online. You’re going to love the video series that I’m working
on right now, which is all the cures to the common mistakes that a
guitarist makes from learning right here on YouTube. They’re all
free. I have a bunch out already and I’ve got more coming your way.
So on with the lesson.

Today what I’m going to be talking to you about is actually a
continuation from last week’s lesson that I released, which is
about holding your pick. This is step two of holding your pick.
It’s really going to tie in all the stability points that we’ve
been talking about and get that pick grip dialed. I’m going to
be showing from your point of view, as per usual. So let’s spin
this around and let’s do it up.

Just a quick review, stability points. Going across the strings,
holding our pick with our fingers curled. Those are covered in
the last three videos.

Now, if you’re ever wondering how guitar players are able to play
so fast or how they’re able to play so clean, this is a huge, huge
part. Again, I’m really tying this in with the other videos that
I’ve released on the different techniques and how to get the sound.

If we want to get onto the next string quicker and faster all the
techniques that I show you in the other videos set you up really
nicely for having a natural angle on the pick. So now, we want a
45-degree angle. You can actually have it either direction. I will
say that if this direction is 12 o’clock, about 2 o’clock or so is
going to be a little more common. However, I’ve seen some really
great guitar players that have their pick angle going that way as
well. You want to have our pick angled this way.

What I want you to do is imitate that Dick Dale song, “The Surf King”,
the song that intros “Pulp Fiction”. Once you start motoring, I want
you to freeze. Go really fast and then freeze. Let’s have a look.
That’s where my pick was. That’s like even more than a 45 degree
angle. So it’s right in that 45-degree angle. There’s no way that
you could play that same speed using all that string contact.
It’ impossible.

The bottom line here is getting all those videos watched and
learned in the last few weeks. Now we’re going to add that
pick angle. So now whenever we’re playing single notes, we’re
playing scales, if you get all these four videos – we’ve got
two different videos on the stability points and now this is
the second video of how to hold your pick.

You get all these down, what that is going to do is make you
play cleaner, faster and more accurately. So putting all those
things together, it just makes you go a little less crazy,
because then you can hit the right notes when you want to
and have more control over this thing.

Guys, I hope you like this video and I’ve got more of them
coming out. I’ve already got some out. So until then,
keep on ripping it up.

How To Do The Funk Guitar Strumming Techniques

strumming for beginners, arpeggios for advanced!