This is from Jimmy’s upcoming “Ultimate Acoustic Blues” – available on Oct 16th! Build Your Blues Guitar Vocabulary I really want to build-up, help you build-up a vocabulary of licks. As I mentioned before, when I’ve gotten comments back from my acoustic products, various acoustic products, and everybody says, oh, give me some more acoustic blues. A couple of ways you can approach an A shuffle like that. One is the little — had a little bit more of a driving wheel kind of… Now here you’ve got various places you could go. You could keep that thing going… Sounds good. That’s one approach. Another approach to this same sort of — this is still an A shuffle, but if you wanted to go more of an inside feel, something like keeping your thumb going, like, I know we’ve been talking about the dead thumb. There’s that. So that’s a little more subtle finger style. Same groove though. Here I went to a D7th. I love this move. It’s still a D7th. Back to your A7th; E7th. That’s the same walkdown I did earlier. Remember the E one? But I did it in A. There are several ways you could do that. Or you could go — here’s a cool folk one. Almost jazzy, isn’t it? That’s just an A7th and then a D major, D minor, A major, A7th and then you go sharp 5. Then the other one was the… Similar to… Slightly different voicing though. This is a chromatic 7th walkdown. Or… That’s also common. You don’t have to put the 7th in there. So these are all little — I’m trying to basically give you a vocabulary of your own. Because what I want to encourage you to do is go ahead and play with your friends or use this. I’m going to find a way to send you guys my backing tracks. Actually, I’m going to do that. I haven’t told these guys yet, but we’re going to do it. We’re going to make that happen for you. So what I’m going to do is take all the tracks that I’ve recorded here during this course and I’m going to make it available to you through Guitar Control and that way you’ll have them and you can take my lessons that you just learned from watching me. You’ll have your own version of loops. You can make your own, too. But I want to make sure you have yours because I’ve got to ask for that and I just remembered I think I need to make that available to you. So, I will. So lastly, as I mentioned before, I was kind of playing around in A during my loop thing. I did a thing where I actually made the change of the D chord, little 7th riff. Now you’ll notice I’m doing a lot of hammering-on. That seems to be a common technique that seems to work well on the blues, whether it’s a rhythm thing… See that hammer-on? All those little half-step moves seem to work well in the blues. Very — kind of motorize the thing, you know? 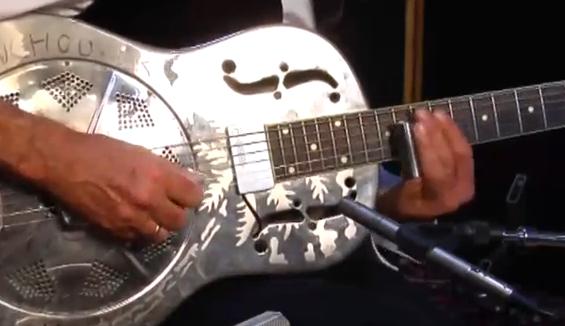 Get better fretting hand skill with this riff from I Remember You by Skid Row from Guitar Control instructor Darrin Goodman. Be sure to get

Learn to play four easy 1980s Iconic Guitar Riffs with Guitar Control instructor Darrin Goodman. Be sure to get the free tabs to go along

Learn To Play A Easy Bluesy-Rock Lick In A Minor

Learn to play an easy bluesy-rock lick in A minor with Guitar Control instructor Darrin Goodman. Be sure to get the tabs for this killer

How To Play On With The Show By Motley Crue

Learn to play the classic Motley Crue song On With The Show from Guitar Control instructor Darrin Goodman. Be sure to get the free tabs