Hey, how’s it going this is Claude Johnson with Guitar Control, today’s lick is in the key of A, flat pentatonic up here on the octave and we’re going to be using three notes of strength to start out with. 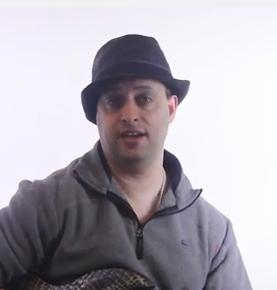 There’s a whole lot of notes let me just play the leg 48 for starters pretty sweet fast little lick their so again there’s a whole lot of notes but I try to bring you down for you to get up you can also check the link in the video description you get the towers so we’re doing this 30 per string pattern with our pinky on the 19th fret middle finger on the 16th fret first finger of the 14th fret and what we’re going to do is descend twice but the 1st time the 1st notice kind of like a little bit longer twice as long okay so we go to the next string is 16th fret with the middle finger and back up so we have this and then we kind of go into this for no ascending sequence one, two, three, four, one, two, three, four, one, two, three, four, so that last one was for the pinky but instead of going we go slide back up and puts us into that box so far.

That’s the 1st half then here’s the 2nd half so we go down four notes flatten out our finger then four notes again so it’s like we’re kind of continuing at four note G setting better thann we do that there’s a last five notes a little bit of a bottle okay so slowly once again and faster so we had fun with that lick try it ah it’s pretty cool check the link in the video description of the tabs and you know these three nope restraint stuff you know a lot with that I talked a lot about that in supercharged solely made simple so if you want to check that one out it’s at guitar control.com / supercharged thanks for watching and we’ll talk to you real soon

E Blues Lick in the Style of Tommy Emmanuel

Learn to Play a Guitar Boogie Riff by Arthur Smith

Check out this Easy Blues Lick of the Day – Electric Guitar Lesson on Pentatonic Licks from Guitar Control founder and instructor Claude Johnson. With

Check out these 5 Pentatonic Blues licks in the key of D. The first four are pretty simple, and the fifth one is a bit