How To Do Blues Fingerpicking On Electric Guitar

Check out this Valuable Electric Guitar Lesson On Blues Fingerpicking from Guitar Control founder and instructor Claude Johnson. Be sure to click the link for the free tabs to go along with this lesson. 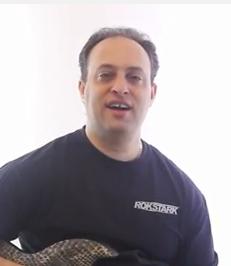 Hey, guys. Claude Johnson here and I want to give you Electric Guitar Lesson on Blues Fingerpicking Technique. I’m actually going to cheat a little bit and use my pick. Now you don’t have to. Here’s the thing. You can use fingerpicking techniques even as you’re holding a pick. I don’t like to give up my pick. I like to play leads and pick fast and do all that cool stuff. So I don’t want to just let go of my pick even if I was like you know playing something very finger picking I can I can use my pick, you’ll get a little bit nicer sound without the pick for that style, that thumb has a nice fleshy feel to it on this bass note, but it’s still gonna be okay. You know it’s one of those things where people won’t notice the difference, but when they hear that tone it’s just going to sound a little bit cooler and it’s kind of like if you were playing with like a really good amp on stage and you know and you swapped it out for one that was okay, you know no one’s gonna say I know they can’t put their finger on it, they just know it sounds a little bit different subconsciously. So anyway but you can use the pick if you want. So instead of showing you patterns again which are in other videos, I kind of want to show you an exercise based on that to kind of give you a little bit more freedom.

So what we’re doing here for Blues Fingerpicking is an alternating bass pattern so this is low G and to the open D. Now notice two things first; I’m kind of doing a little palm muting here and to giving that nice thud sound and also notice that the D note is louder than the G and I’ll exaggerate it a little bit, it doesn’t have to be that exaggerated, but just try to get that really simple pattern going and then here’s the exercise. What you can do so on top of that we’re gonna add like a E pentatonic scale, but we’re going to do one at a time and the whole idea is to keep like the pattern in the lead together, it’s difficult but it can be really cool. So let’s just start with one note, I’m gonna put my ring finger of the low E string third fret, that’s my bass note and then I’m gonna get the pinky on the high E string third fret. So I’ll play that lead note with the G and really important is that even though I’m palm muting the low string, but on the high E string I’m letting that ring over, so it’s kind of like a partial palm mute. That’s kind of the key to playing fingerpicking blues and country blues. So this next note using my first finger and then we’ve got the next string you can certainly do all kinds of things as you get more sophisticated with it. You might change where you are, you might hit a note when you’re hitting the D bass note, but basically try to get that basic pattern down and it just go as slow as you need to get Blues Fingerpicking down.

So hopefully that gives you some cool stuff to play around with and if you’d like to check out an amazing resource for learning this style going way deeper than I’m going, you know I’m more of a lead player honestly, but I think I do like to dabble in lots of different styles; but the real master this is Stefan Grossman and check him out at ultimatecountry bluescamps.com and I’ll catch you next time and thanks for watching Blues Fingerpicking.

How to Play Folsom Prison Blues On Guitar [Simple Lesson]

How to Play Sweet Home Alabama Intro On Guitar