How to Play Highway to Hell Solo

In this Guitar Control lesson video instructor Robert Baker, is going to show you how to play “Highway to Hell Guitar Solo”. A follow up to his “Highway to Hell” riff lesson.

There are lots of cool little things that Angus is doing in this solo, just like all of his solos. It is really fascinating how melodic, he made the pentatonic scale. He kept it pretty straight forward pentatonic and interesting. Angus is truly, a very talented rock guitar player.

One thing that’s kind of tricky about these older AC/DC songs, even bands like KISS and a few others are having this problem. They are turned almost in between standard and Eb, down a half step. Some tabs will say to drop a half step to play along, but it isn’t totally right. They’re slightly tuned down from standard so it’s tough to try and play in tune with these recording.

Whether you are playing along with them in standard or a half step down and it sounds a little off, that’s because they’re not quite in either of those tuning. If you want to match them, you can try to tune their open strings, luckily use a lot of open chords that’s what Robert normally does to get in tune with them. Robert is just in standard tuning for this video, so to play along with him, just leave your guitar in standard, but again if you want to play along with AC/DC they are just a little bit flat.

Step 1: The Key and The Scales

The first step in learning how to play the “Highway to Hell Guitar Solo” is learning what key they are in and what scale they are using for this solo. This solo is in the key of A minor and they’re using pentatonic scale box 1.

Now, let’s talk about how this solo kicks off. We’re coming out of the D to Dsus4 back and forth, we left off the first part of this lesson, how to play Highway to Hell riff. This first part can be played a few different ways but is basically the same. Sometimes he bends the 7th fret 3rd string and then he play the 5th fret, 2nd, and 1st string together at the same time like a double stop. Other times he will bend the 7th fret 4th string and pick the 5th fret 2nd string and then 5th fret 1st string individually, picking the 2nd string first and then the 1st string, it sounds almost identical so it’s up to you which way you want to play it. He’s going to repeat it five times. So just make sure you pick one way and do the same way five times for this very first lick.

Then he do a double stop with his ring finger on the 7th fret, 4th, and 3rd strings. A double stop is when you play two notes together at the same time. It’s not a normal double stop though, and this is a really cool detail he added in. He bends the double stop up and down, giving it tons of style and different twist than what you normally hear with a double stop.

The other unique thing about this bend is that he bends it up and brings it back down and then slowly brings it back up, giving a really moody and dramatic feel.These are two very cool ideas to incorporate into your own playing and improvising bag of tricks,the way he bent the note and that he bent a double stop.

This technique is really cool and almost makes the same sound as a whammy bar when you are bending it. This technique that Angus uses in a few of his different solos. You’re going to play the 2nd fret on the 4th string and then the 2nd fret on the 5th string to the open 5th string. Then go to the 2nd fret 3rd string, and bend the 4th fret 3rd string up a full step. While that bent actually have to reach up with your pinky, and hold down both the 2nd and 1st strings on the 5th fret.

This is a super signature Angus Young move. Something he does a lot in his solos. The way he brings the bend down is very cool too, just slow and dramatic again. Then on the 3rd string, pick the 4th fret and the 2nd, then slide into the 5th fret 4th string with your middle finger, followed by another double stop, the 5th fret holding down both the 3rd and 2nd strings. Do that double stop again but on the second time add in a little bit of a bend. As everything builds up it does get a bit harder to hear some of the notes so don’t get discouraged. Now you go to the 7th fret 4th string, to the open 5th string, to the 5th fret 4th string, and then back to the 7th fret.

Recap: How to Play Highway to Hell Solo

I hope you enjoyed learning how to play the “Highway to Hell Guitar Solo”. Angus Young, is such a great guitarist and who’s better to learn some rocking solo chops from. He’s pretty much sets the tone for this style of rock and everything, he plays are just awesome. There are a few really unique things he does that would be great to take it on your own, add into your bag of tricks and maybe, even use it as inspiration to create your own unique sounds by mixing and blending different techniques that aren’t normally used together. He’s also a great person to learn how to write solos from, you’ll notice his solos are always awesome, a little showy, but very well written and structured. They are actually fair and simple but the way he plays them and how much feel he puts into them really make him stand out.

“Roulette” By System Of A Down Played On Acoustic Guitar

John Mayer Waiting on the World to Change Guitar Solo

How to Play Money by Pink Floyd on Guitar

Video Lesson on How To Tune Your Guitar | Open G Tuning

How To Play Undone The Sweater Song – Weezer 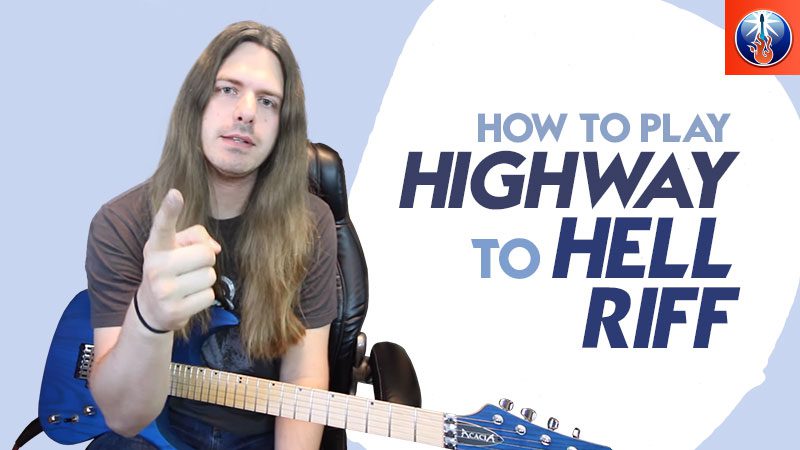 How to Play Highway to Hell Riff In this “Highway to Hell” guitar lesson Guitar Control instructor Robert Baker, is going to break down all