How to Play B.Seger’s Against the Wind on Acoustic Guitar

Hey, how’s it going this is Shawn Daniel with Guitar Control, we’re going to talk about an artist who exists at the perfect intersection of manliness and emotion Bob Seger and his Silver Bullet Band with the song “Against the Wind”. It’s a super simple song that everybody should know a really great practice in strumming and in song structure. 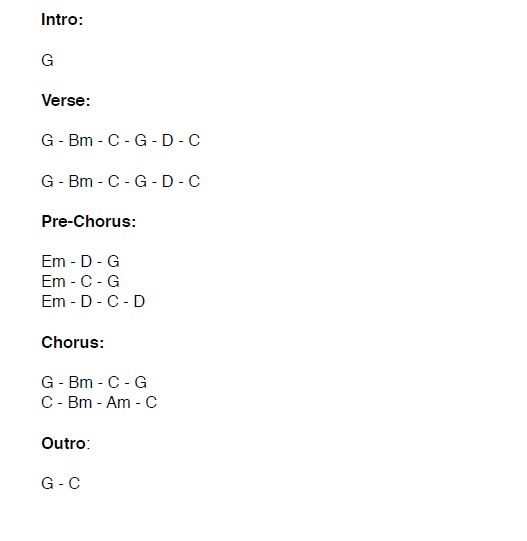 There’s an Intro, a verse, a pre-chorus, a chorus, and outro all of them use the same basic chords in the Key of G which means we’re going to start off with the G chord. The chords are actually pretty easy for the song, but the structure and the strumming is what I really want to focus on.

I want to start working on counting 1 & 2 & 3 & 4 because it’s much better for you using your musicianship and it’ll be so much easier to start tackling more complicated patterns in the future. This one is going to be a 1 2 & 3 & 4 & pattern all that means is down are all the numbers so 1 2 & 3 & 4 so the word and is a upstroke the numbers are down having good counting is a way to always stay in time otherwise you’re just stabbing at moments in time.

Now if we’re playing solo acoustic guitar usually this is Silver Bullet Band, I’ll doing their thing together we want to kind of mimic what the percussion section is doing now if you listen you can hear that the snare hit on the drum kit is being hit on the 2 and the 4. Already the numbers are coming in handy because we can kind of hit, add a little extra soft, little extra power to the two and four counts so we’ve got a 1 2 & 3 & 4 & 1 2 & 3 and more and already sounding more dynamic and sounding more like a band would play.

The verses are really simple, as two bars of G major, two bars of B minor, to one bar of a C, to one of a G, and one of C, then one of G. That B minor is something I really want to talk about because B minor can be a tricky chord for beginner and intermediate players, so I really want you to focus on making this transition from a G major to a B minor and if you have to drill this, even if it’s out of the context of the song and the template the song just really focus on anchoring the pointer finger down on to A and then rotating your wrist to get you G, B minor, G, B minor, your finger, your index finger, doesn’t have to leave the fret board that’s a good way to practice on gathering your fingers around.

The beauty of the strumming pattern is you can use this in any other song, counting having the and of four of that last beat one, two, three, and four, and that last upstroke you can actually abandon the chord to make the next chord during that upstroke and get the open strings, like one, two, three, and four, and one. So if you have the end of four as it’s called and has that open, that can be a deadline for your hand to meet the next chord and it’ll always sound fine even if you’re in a different key usually still sounds fine because it happens so quickly it’s almost a transitional element between chords, so whatever tempo you play the song at make sure it’s a tempo that you can use to make that next chord. If it takes you like a full second to get from down, up, down, that should be the tempo that you play in the song because if you stop strumming like if you’re strumming sounds like this, then you’re still practicing as the chord shapes and you’re not practicing good timing when it comes to acoustic guitar songs. Like this timing is the utmost importance, it’s always better to play badly in time than to play decently out of time and it’s much easier to correct mistakes in time and training good timing into your playing is a must have for any musician.

The second time around on the verse we do it a little bit differently everything is the same until the very end when we get to the pre-chorus. It start with an E minor, the basics are going to be the same chord progression G, G bars, B minor, one bar of C, a bar of G, and then we’re going to go through a D.

Dynamically playing really kind of help like storytelling of the song and to make it more interesting to play, more interesting for people to listen to you, etc. After we get off of this last D major chord we’re going to E minor. So we’re introducing this E minor chord into the production, so it’s open E, 2a 2d, and everything else is open.

Now the third time is E, D, C, and we kind of hang out the C to go back to D and then the chorus. I think this is three times around starting on an E minor, D, G, and then an E minor, C, and then E minor and D then hang around here and then to the D, take it to the chorus. So the course chords with the lyrics are like an E minor to C and then we have that kind of walk back. The C to the B minor, to the A, to the C, to the G.

We’re going to split the bar again and we’re going to descend, we’re going to take a C, to a B minor, to a A, you can think of going backwards C, B, A, back to C and G. After you do that vocal run, at the end there’s some space in there is just the intro. So the Intro just hanging on that G for couple of bars, you can just glue the end of the chrus to the next verse together and then you start the whole thing over again.

The outro is where you can really let your inner Bob Seger shine. We have these two cords, this is a C to a G, basically what’s going on is we have the last chorus and then it goes to the C with the background and just a couple of bars of each chord.

Basically it’s an Intro, a verse, a pre-chorus, a chorus, and an outro all using kind of the same dynamic strumming patterns etc. so make sure you subscribe on our You Tube Channel and we’ll see you in our next video lessons, thanks for watching.

How To Play A Cool Simple Riff with Bending Technique

How To Play The Minor Chord Shapes on Guitar

How to Spice Up a Pentatonic Minor Scale

How To Read And Play Easy Guitar Tabs

How to Play Guitar Octaves