How To Play The Guitar Minor Scale

A scale is a series of notes, or tones, from the chromatic scale arranged in steps to create various scales. The chromatic scale simply refers to all of the notes in western music. Below is the chromatic scale. The sharps can also be indicated as flats. For example, a C# is also a Db. This scale could theoretically be used in songwriting and guitar playing, and very often it is, but to get different sounds and make scales more manageable, we break this huge scale into major scales, minor scales, pentatonic scales, blues scales, etc. The guitar minor scale is a scale used often in blues, rock, jazz, and country playing. 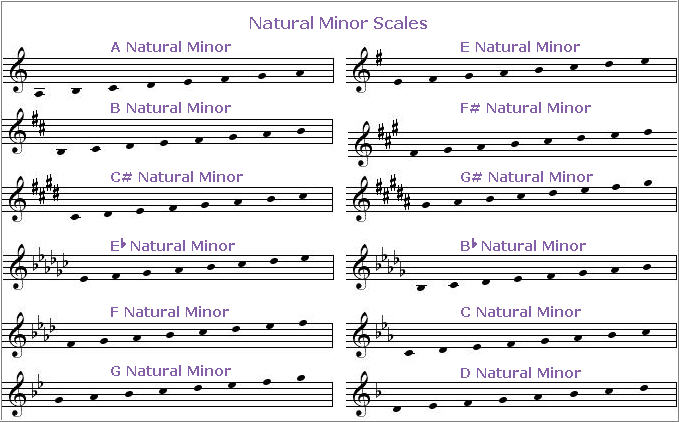 These minor scales all have different applications, but in many cases they can be used interchangeably. The natural minor, for instance, is often used in blues. The example of the C blues scale before allows you to compare it to the C natural minor.

These guitar minor scales are essential for guitarists, particularly those who play blues, country, rock, and jazz. Learning them, beginning with the natural minor, will be a fundamental part of learning to play songs you love and compose your own. If you want to get into scales and lead playing, I recommend you to check out our: BEST SELLING LEAD GUITAR COURSE

Learn to Play 5 Chromatic Exercises For Warming Up