All You Need to Know About Flamenco Guitar Playing

Flamenco refers to both a style of dance and a style of music that originated in Southern Spanish regions. Through the years, however, the style of music has evolved and mutated and found its way into other cultures. As a result, those guitar scales considered as flamenco guitar scales have grown to include many variations, depending upon the application.

Let’s start by talking about what a flamenco guitar is. A Flamenco Guitar is a lot like a classical guitar, but the tops and sides are thinner and the inside of the guitar has less bracing. All of this results in less sustain than other acoustic guitars, which is good. Flamenco guitarists play rapidly, so a guitar with a lot of sustain would cause overlapping of the notes and create a mess. This isn’t to say you can’t play flamenco guitar on any instrument. You could, but you would need to be aware of the particular characteristics of the flamenco style.

There are primarily three modes used in flamenco guitar playing, though in theory you could use any scale used in classical and still retain the characteristics you’re looking for. Of the three modes used, two are scales you should already be familiar with—the Ionian mode and the Aeolian mode. These are just different names for the major and natural minor scales. The next mode used with flamenco guitar playing is the Phrygian mode, which is closely related to the natural minor. The only difference, although an important one, is that the Phrygian mode’s second degree is a half step lower than that of the natural minor. See the comparison below.

Besides the flamenco guitar scales, the actual playing style of flamenco guitar is intrinsic to the feel and sound of the music. Flamenco playing is characterized by a sweeping use of all of the fingers as well as percussive accents tapped out on the guitar to accompany the guitar music. This style of playing is ideal for dance because of the heavy rhythmic textures provided by the guitarist. Two of these techniques, Rumba and Rasqeado, are highly percussive and incorporate the thumb and index finger in conjunction with the hand slapping the guitar to create the distinct rhythmic patterns associated with this particular style of music.

How To Make Spanish Tones In Your Guitar Chords 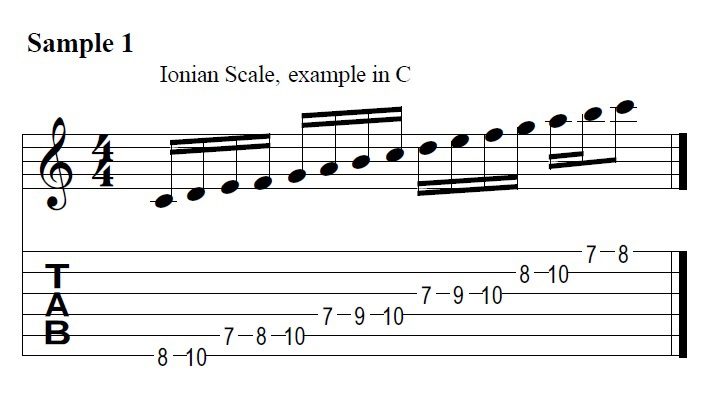 Know The Most Common Scales Used In Spanish Guitar Songs

Hey, how’s it going this is Gaby Soule with Guitar Control, today we’re going to take a look at “Spanish Guitar Scales”. It’s good to