In the first place, it’s good to keep in mind that we could look at Spanish guitar in many different ways at the same time, since it’s so closely related to classical music and flamenco simultaneously, besides many other acoustic styles.

Every musical form is based on scales that automatically remind us of their particular sound. And while in some genres only on a few scales are used, others consist of lots of them.

The good news about this is that many of the rhythmic, harmonic and melodic resources we learn for one specific type of music can also be useful in other styles and that, of course, includes scales.

There many families of scales that will work great in our noble instrument but we’ll try to focus on those that happen to be more characteristic in the mainly known genres.

The guitar was in fact born in Spain, so in many ways all the scales that are popular in Spanish music can be related to the core of the guitar sound itself.

Nevertheless the most common scales used for example in flamenco are basically modes of the diatonic scale, especially the Ionian (Sample 1) and its minor relative, the Aeolian Mode (Sample 2). 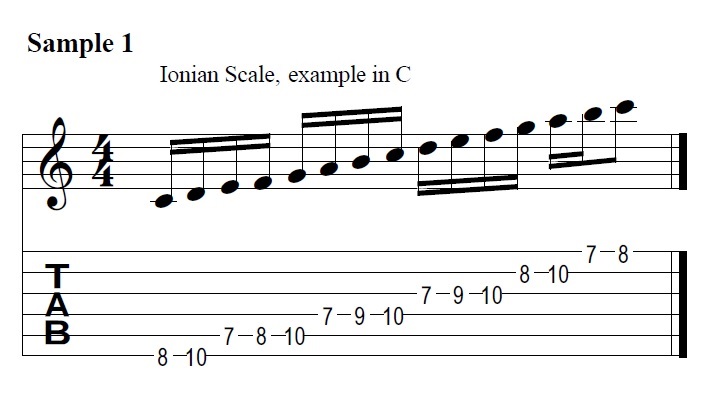 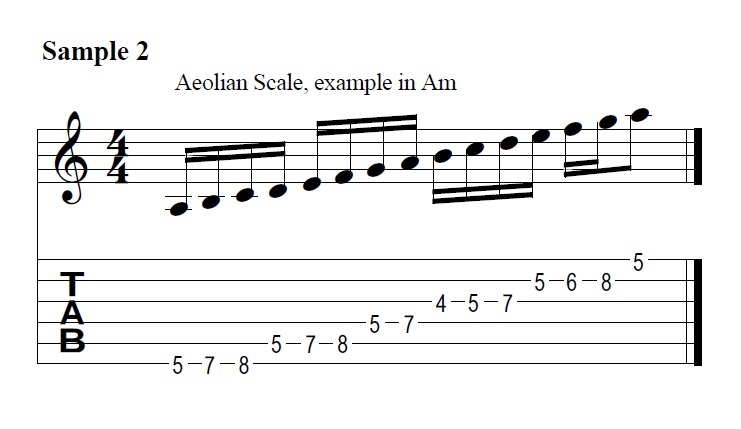 On the other hand we have the Phrygian Dominant Scale (Sample 3), which is the fifth mode of the Harmonic Minor Scale. Both are very common in flamenco and result very Spanish guitar sounding when played over the right chord progressions. 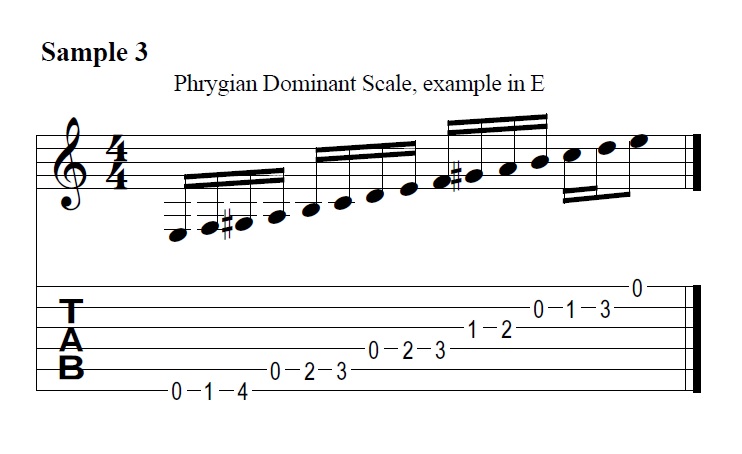 The scales used in classical guitar depend a lot on what type of music period we’re studying and, most of all, on the composers. But to give you some examples we can name the Melodic Minor Scale (Sample 4), which is a very common tool in Bach’s music, and the Chromatic Scale that was very common in many Romantic Compositions. 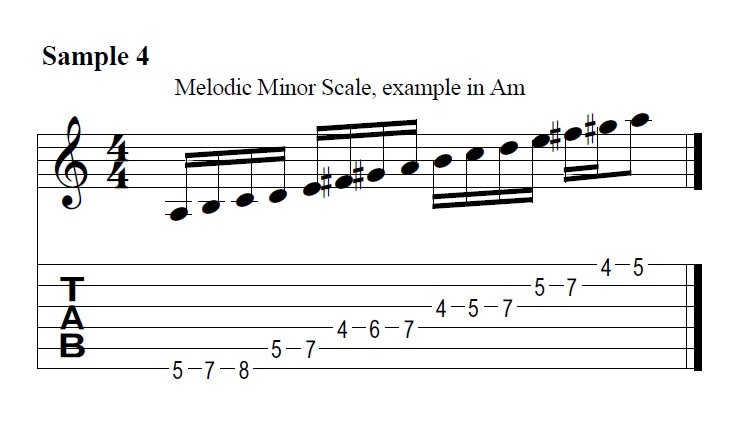 Here´s a cool lick with the harmonic minor scale, check it out!

After that we find some not very usual sounding scales like the Whole Tone (frequently used in Jazz) and, of course, the Pentatonic Scale.

P.S If you want to go deeper with lead guitar, I recommend you to check out our: