Playing Chords To Create The Best Sounds On Blues Guitar

Welcome back! today I wanna give you one of the coolest blues acoustic guitar lessons you’ll have in a while. There is one chord that just makes any blues progression sound like a legit blues tune. There are many chords that fit in the blues genre, but none of them like the one I will show you. The chord I’m talking about is the 9 chord (e.g. an F9). I think it is a very underrated blues chord. While most guitar players choose to play a 7 or a 7#9 chord, a 9 quality chord brings something special to any progression. I mean tensions are essential to making any tune sound awesome. I also think that 9 quality chords bring a very funk type of sound and to me that’s just really groovy. But wait, that’s not the only cool chord. There’s another one that also makes any blues progression sound a million times better. This chord I’m talking about is a hybrid chord, though it sounds complicated, it is actually very simple. The chord I’m talking about is a Minor chord with 4th as the root; for example a Gm/C. Let’s take a look at the following progression, which uses both of the chord types I just talked about: 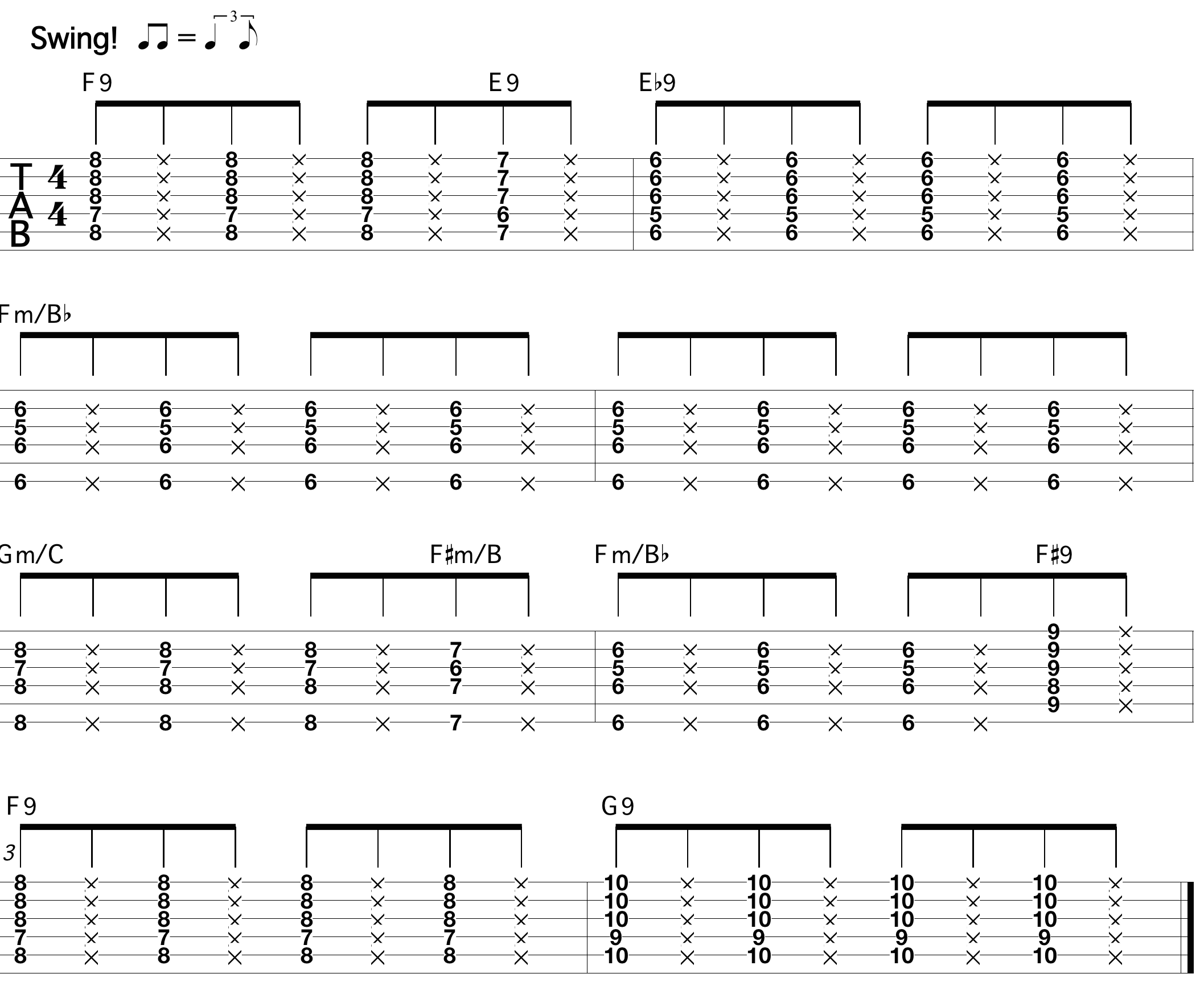 The rhythm is Swing, which means that instead of playing normal 8th notes you will be playing a triplet feel. Whenever a combination of many “x” appears, just hold the chord before it but release the tension, creating a muted sound. The pick pattern is very simple, the chords get a downstroke, while the muted notes get an upstroke. Upstrokes usually do sound better with muted strings, because the pick is emphasizing the higher strings which cut through better. You could also experiment playing this rhythm which nothing but your thumb. The sound you will obtain will be much smoother than the one with a pick. Oftentimes, a thicker string gauge makes this thumb technique way more effective. Well that’s all for today. I hope you enjoyed this lesson and please remember to check out our entire database of videos.

Blues Guitar Lesson in the Style of Muddy Waters