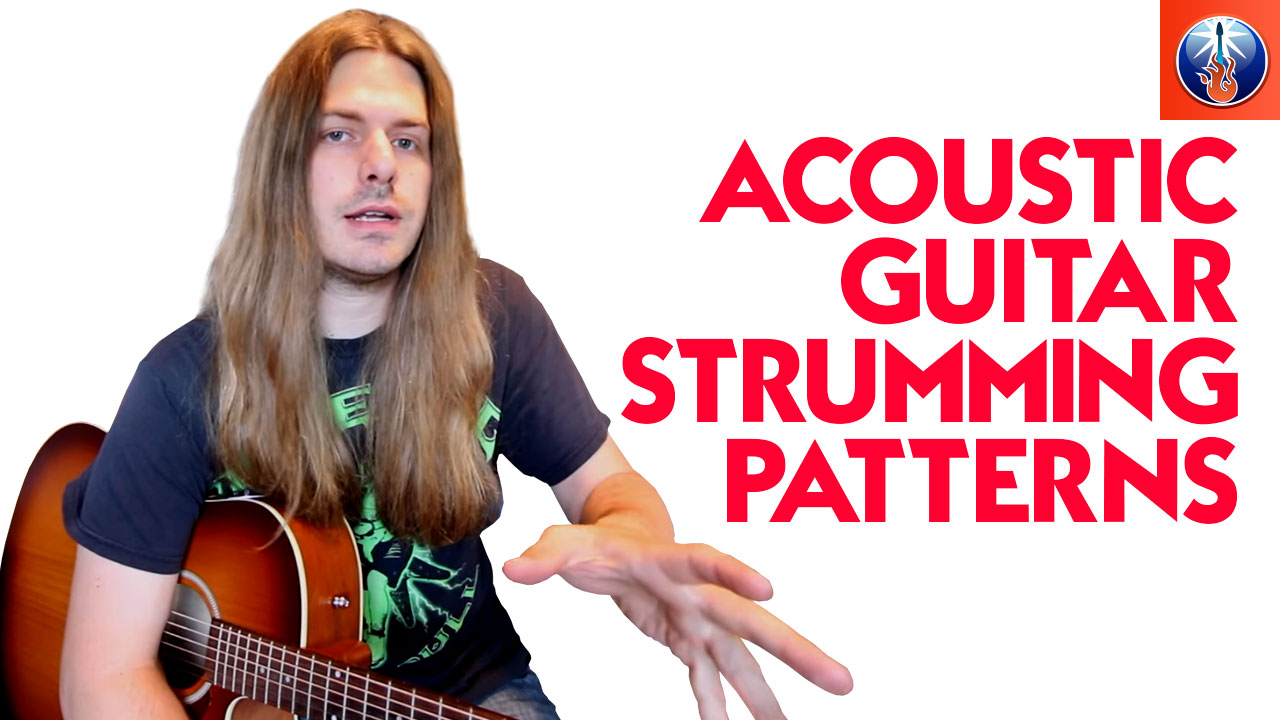 In this Guitar Control lesson guitar instructor, Robert Baker, is going to give you the ultimate acoustic guitar strumming pattern for beginners! Robert refers to this strum pattern as the ultimate strum pattern for beginners and a strum pattern that you will hear in all types of music, across all different genres. It is really interesting how it is used so much but often doesn’t even sound the same. Which shows you how much a song has to do with chord progressions and other things like that. Today Robert will also show you different chord shapes and progressions that utilize this strumming pattern, fast or slow or stuff like that. You will realize just how powerful this stuff is and how easy it is to make it sound different. So using the same thing but making  it sound different.

The perfect acoustic guitar strumming pattern for beginners we are going to start with, is an incredibly common one, if not the most common, which is down down up up down up. You would count this as the first down covering all of beat one, the next down and up covering beat two and the and of two, the next up covering only the and of 3, so nothing is played on beat 3 just on the and of beat 3, and the last down up covering beat four and the and of four. You will notice that this strum pattern has a very nice bounce to it and a lot of the double strumming is due to the timing of this riff. Before you worry about putting chords to this strum pattern, Robert wants you to practice just the strum itself by scratching. To scratch on the guitar means to mute it and really play nothing specific just focusing on the strum and your strumming hand. So lightly muting the strings with your fretting hand so you get no real sound when you strum, just a nice fretting hand mute sound. So mute it and strum down down up up down up. Then slow it down and focus on the strum again. This is a great pattern to practice to a metronome with. You can start with the metronome set very slow and you can dictate the speed you want.

Step 2: Adding In the Chords

Step 3: Putting It All Together

So now we are going to put the strum with these chords. So first G strumming down down up up down up, then E Minor 7 with the same strum, then Cadd9 with the same strum, and then D with the same strum. One thing to pay attention to while Robert is strumming is how exactly he is hitting the strings. On the first two downs Robert is focusing mostly on the lower strings, the top 3 strings, meaning the lower strings closer to his face, so the 6th, 5th, and 4th string. Then on the next two strums which are both ups, he focuses on the higher three strings, the 1st, 2nd, and 3rd string and for the last down and up he strums all six strings. What this does it it allows you to get more rhythm out of this, if you try to do all the strings every time you might get kind of a very stiff strumming style, which is certainly not what we want. You want a very relaxed, nice, easy strum. If your hand is getting tensed up or you can tell that your arm is getting tensed up, you don’t want this at all. You want to be very relaxed. Robert is doing a lot of his strumming all from his wrist, he is actually not using his arm, he is just using his wrist. Now go ahead and play through this strum with the chord progression and apply these tips. And that is our first example.

Step 4: Applying These Techniques to a Different Progression

Now let’s try to apply this same strum to some new chords! You’ll be able to hear what Robert was talking about when he said that you might not even be able to recognize it and you will see what a big part chord progressions play in a song. This is also a great exercise to make sure you truly know this strum well, not just in one position, but that you can easily move it to any chord or chord progression that comes your way. Starting now with an A minor chord. For the open A minor chord we have an open 5th string, which is an A note, then you are going to place your middle finger down on the 4th string 2nd fret, your ring finger right under it on the 3rd string 2nd fret, and your pointer on the 2nd string 1st fret. Strum all the way down from the 5th string through the 1st string. We are going to follow our A minor chord with an open C major chord. A minor and C actually have a ton of notes in common so this switch is super easy. Take your ring finger from the 3rd string 2nd fret and move it to the 5th string 3rd fret. So for C major you have your ring finger on the 5th string 3rd fret, your middle finger on the 4th string 2nd fret, and your 1st finger on the 2nd string 1st fret. Strum from the 5th string down through the 1st. Then go to G Major. Since Robert is moving from a C Major, this version of G he decides to use is a bit different than the G you are probably used to. For this G Robert places his third finger on the 6th string 3rd fret, his middle finger on the 5th string 2nd fret, and his pinky finger on the 1st string 3rd fret and strums all six strings. So not only are the fingers Robert uses different than he normally uses but he is also playing a three note G instead of a four note G. The reason that you can do either or for this chord is because the 2nd string 3rd fret is a D note and the 2nd string open is a B note and both of these notes help make up the G major chord, which is G, B, and D. So so far our progressions is A minor, C major, G major, and then to D major. This is the same D major we used earlier, open 4th string, pointer on the 2nd fret 3rd string, ring finger on the 3rd fret 2nd string, and middle finger on the 2nd fret 1st string strumming from the 4th string down through the 1st string. Play this progression with the same strum we did earlier, however, play it much quicker this time. Playing it this way, with different chords, the same strum, but a different pace, you can really hear how this really gave the strum a completely different vibe. There are so many things you can do with this strum pattern to really build off of it and give yourself a huge plethora of ideas.

I hope you enjoyed Robert’s ultimate acoustic guitar strumming pattern for beginners. An incredibly powerful and useful strum pattern that Robert uses all the time, you will see it all the time, and most likely every famous guitar player that has written an acoustic song has probably used this strum pattern. So it’s a very good one to know! Remember to breakdown each hands job separately before bringing them together. It is very important to master each hand individually first and then bring them together, so separating the strum from the chord progression itself. Don’t forget to play slow to play fast and of course, as always, have fun 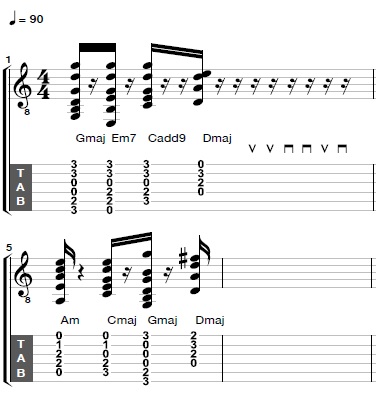