Chords are the foundation for all music. They provide the harmonic structure, and even when full chords are not being played, the tonality of the notes that are present will suggest an accompanying chord. This is why it’s so essential for new guitar players to learn Easy Guitar Chord Songs. This arsenal of chords will allow you to better understand the harmonic and melodic structure of songs and can also help you learn songs by ear by giving you a starting point to help you identify tonality.

For beginning guitar players, having a good arsenal of chords is recommended because knowing even a few primary chords gives you the ability to strum hundreds of your favorite songs even before you’ve really developed as a solid player and can help you to quickly learn how to play guitar chords. There is virtually no end to the easy guitar chord songs you can find online. The simplest of these songs include nothing more than the lyrics to the song with chord names placed above the lyric where the chord belongs. In theory, as long as you know how to make the chords indicated, you could strum your way through one of these chord/lyric charts. Most of the time, however, a guitar player who uses one of these simple guitar chord charts already knows the melody and the rhythmic structure of the song.

Easy guitar chord songs can also be written down with the chord symbols above them. In the examples below you can see “The Lion Sleeps Tonight” indicates just the chord names written above the lyric. Here you’ll have to know these chords by memory in order to play them because there is nothing to indicate how they are played or where they are played on the guitar. 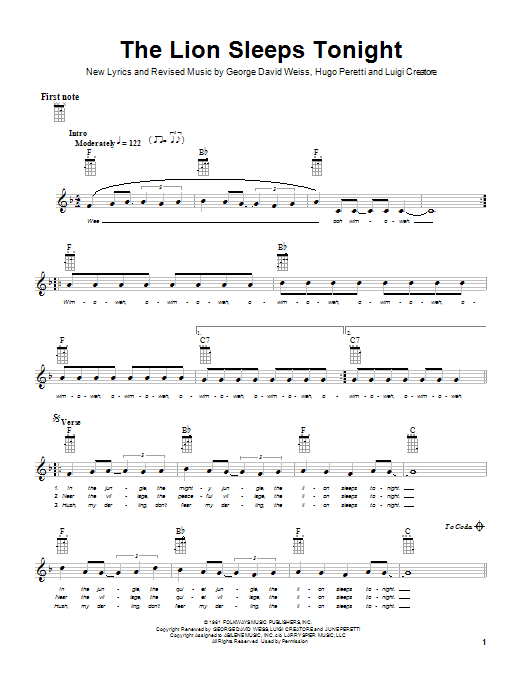 In the next example, “My Country ‘Tis of Thee,” the chords are indicated in diagram form, which shows you how the chord is played and where to play it on the neck of the guitar. This second example if preferable for those players who may not know all the chords used in the song.

If you want to play popular songs for your family and friends, you’ll want to have a big repertoire of easy songs under your belt. The more chords you learn, the better equipped you’ll be to play these songs from a simple chord/lyric sheet. Fortunately, the availability of easy guitar chord songs at your disposal, as well as chord learning tools, make it easy for you to quickly build a fun set list you can play any time.

What You Need to Know About Guitar Songs With Chords