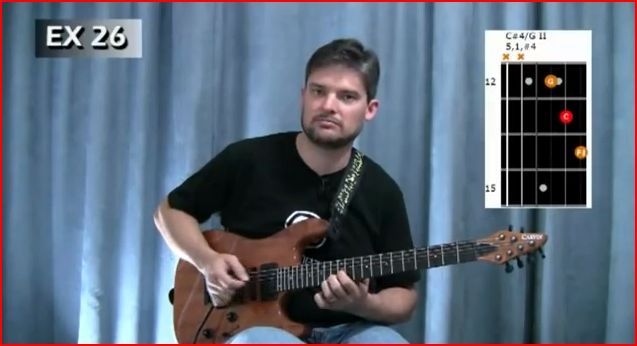 Now I’d like to cover what I refer to as lydian triads.
The lydian triads come from the lydian mode, which is
the fourth mode of the major scale. The C lydian mode
would be like this. C, D, E, F sharp, G, A, B, C.
So the difference between the C major or C ionian
mode and the C lydian mode is the fourth.
The fourth is raised from F to F sharp.

You know how earlier we took the major triad and we
converted it into suss two and suss four by replacing
the E with either the 2nd or the 4th. We’re going to
do the same thing this time. So let’s take this C major
triad and instead of playing the E this time, we’re
going to play the F sharp. That has an interesting sound
to it. So let’s go up here to the first inversion.
There’s A, G, C. We’re going to replace E with F sharp.
Here’s the second inversion. We just raise E to F sharp.
That gives us a lydian sound.

How to Mix Mixolydian Mode with your Blues Scale – Part 2

How to Mix Mixolydian Mode with your Blues Scale