How To Play Eric Clapton’s Lay Down Sally On Guitar

Hey, how’s it going this is Jon McLennan with Guitar Control, I’m here to show you how to play “Lay down Sally” by Eric Clapton. For those of you who know already I’m a huge Eric Clapton fan and I’m going to break this song down for you step by step.

I’m going to show you how I’ve combined the two guitar parts into one. So you can just be a one guitar player in a band, how you could play it and we’re going to look at the verse, the chorus and then also some Classic Air Clapton soloing lines. 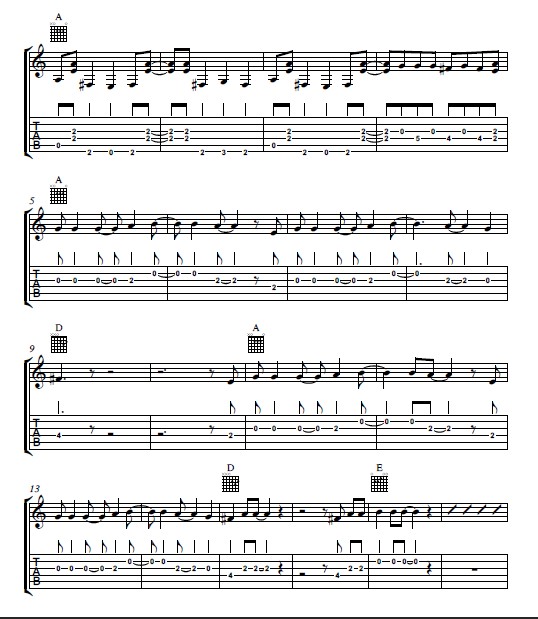 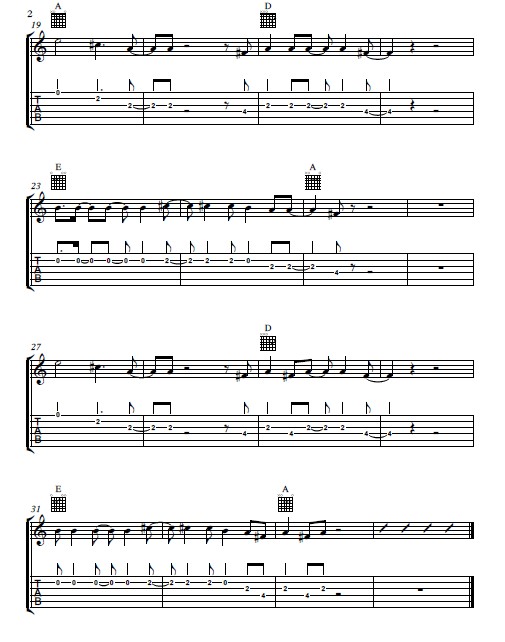 Let’s get started, on the recording the Intro definitely there’s two guitars and one parts doing more of a bass line and then the other ones doing more like muted A chord and doing this walk down. What I’m trying to do was to come up with a part that combines both of those. If you were one guy in a band what could you play so it’s based off an A shape here on the 2nd fret and I’ll play it for you slow and then I’ll show you what I’m doing combining both of those riffs.

What I’m doing is I’ve got an A shape here with one finger and I’m barring 2, 2, 2, on the 4th through 2nd strings and then I’m using my thumb to grab this F sharp. So I start by playing an A and again, I might not play the same exact thing every time, sometimes I might just go and then the other times I might go and put like an eighth note in there so basically the concept here in simple terms would be lying the A chord you know. You could play the chord or just play one note and then reaching your thumb over playing that 2nd fret, so 1, 2, and then playing open and then putting the thumb back on and playing 2nd fret of the fourth string. So it’d be like 1, 2, 3, and then in the second measure you’re going to do this little line that goes 2, 3, 4.

And the next measure is exactly the same as the 1st measure, the concept is you play an open string we’re going to play the 3rd string open, then we’re going to play the same note on an adjacent string. This will be the 4th string 5th fret, and then you move down to 4, you hear this in country tunes, it’s kind of ban Joey and then you kick back into that A shape on the 2nd fret. So after that four note, I’m back at 2 on the 2nd fret, so 1 and 2 and 3 and 4 and then an upstroke on A chord trying to combine both of those parts at once it’s tricky but that’s the way to do it. So the 1st time I’ll do more bass note and then the 2nd time, let me do that whole intro for you slow you can just vamp there before the melody comes in you know clapping comes in singing.

You’ll notice that I’m strumming more of a bass note strum approach, first I’m hitting the bass note then into the chorus and for the chorus you basically start out with 2 bars of A with a quick D, then that goes again.

Now, let’s take a look  at soloing over the A7 chord, here’s a few ideas for the solo it’s a really great solo on the record and it’s all over one chord which is beautiful because it’s just vamp and you can do that riff underneath, I’ll show you a few kind of Clapton lines. Here’s the 1st one, what I’m doing is putting my first finger on the 5th fret 1st string and I’m walking down 8, 7, 5, then I do a little bend on 7, 5, 7, 7, 5, 7, and clap it on, let’s get in that blues note. It’s kind of pulling on that note just a little bit for personality.

Another cool line is and that’s basically 7 on the 3rd string bend and then 5, 5, 8, and back to that 7 bend and end going back up to the root so lick one is, and lick two is, I’ve got a little backing playing that vamp and I’ll show you how you can improvise with some of these lines and practice dropping.

Here’s what it sounds like, lick one trying to improvise around an A7 chord, that’s how I would practice basically just getting a vamp of that a chord and then trying to drop in some of those licks. I hope this lesson inspires you to keep playing and keep practicing guitar for more information click on the annotation on your screen or the iCard if you’re on mobile and check out one of the courses available from Guitar control.com I’ve got a few on there as lot along with some other great teachers as well. Make sure to subscribe on our You Tube Channel and we’ll see you in our next video lessons, thanks for watching.

How to play `Here comes the sun´ by The Beatles

How to “Play Wonderful Tonight” by Eric Clapton

How to Play Free Fallin’ On Guitar by Tom Petty

Learn How To Play Knocking On Heavens Door

How to Play Reelin’ In The Years By Steely Dan

How to Play Wagon Wheel on Acoustic Guitar

How to Play The Lazy Song By Bruno Mars

Easy Intro From I’m Yours By Jason Mraz