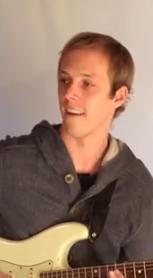 What’s happening, guys? My name is John McClennan and I’m here with guitarcontrol.com, bringing you this video lesson. Here’s lick number five. This is the last lick that we’re looking at for the “Giant Steps” first four bars, the changes to John Coletrane’s tune, “Giant Steps”. The chords that we’re playing this over — be sure to just click the link so you can see the tab. You’ll get the line tabbed out as well as the changes that it’s being applied over. Let’s jump right in. We’re going to start on the 6th fret, and the first part outlines B major 7. So we’ve got 6, 8, 9, 6. And then this. I’m just thinking now of a D triad. So it’s like B flat major 7 and then here’s D. And then that’s just a G triad. So you can see how you’re just using these triads to connect. The next thing you know you’re playing over “Giant Steps”. Now I’m going to do a little bebop flavor here. This is going to an E flat major 7 chord and the chord would be something like that. But what I’m doing right there is outlining the third. So I’m going above it and then below it; enclosing it to give us an E flat major 7. And then this sort of is a modern line going over E flat. And there’s your triad again. E flat, right? Now here’s a little Charlie Parker lick. And this would be II-V-I, when you have two beats per chord. So it would be 10, 12, pull-off to 11 and then jump down here to 12, 10, 13, 12, 10, 9, resolving to the 3rd of your G. There’s the chord progression. A minor 7, D7, D13, resolving to G. So one more time, the whole lick up to speed.