How to Play China Grove Solo on Guitar

In this Guitar Control Lesson Guitar Control Instructor, Robert Baker, is going to show you how to play China Grove solo on guitar. A Doobie Brothers classic! If you haven’t already seen Roberts video breaking down the rhythm of how to play China Grove make sure you do so by clicking this link. Robert broke this particular song into two pieces since it has so much going on. He is going to break this solo down and explain where the Doobie Brothers got a lot of these notes from. There are a few interesting and different things they do, one being going from the major pentatonic scale to the minor pentatonic scale, and Robert is going to cover it all!

So breaking down how to play China Grove solo on guitar into sections, since there is a lot going on! They start out in E major pentatonic which Robert demonstrates at the 1:59 mark in this youtube video. Starting out on the low e playing the 9th to 12th fret, the 12th fret being the root. Then on the 5th string, play the 9th and 11th frets, same on the 4th and 3rd strings both playing the 9th and 11th frets, then on the 2nd and 1st play both the 9th to the 12th frets. That is the E Major pentatonic. Later they use the E minor pentatonic which Robert shows at the 2:13 mark. It’;s actually the same same but now it starts on the root, the E on the 12th fret 6th string, instead of picking it second like we did in the major shape by starting on the 9th fret even though our root was on the 12th. So on the 6th string he plays the 12th to the 15th frets, on the 5th, 4th, and 3rd strings he plays the 12th fret to the 14th, and on the 2nd and 1st strings he plays the 12th fret to the 15th. Robert reminds us that these are basically the same shape we just start in a different place. But by doing that the scale sounded totally different. One gave us a happy sound and the other put us into a more rocky mode. The happy shape being our first shape we went over, the Major and the rocky mode being the second shape we did, the minor pentatonic.

Now for a pretty interesting lick. Stating this one off by picking the 11th fret 3rd string and hammering on to the 13th fret and now here is where we are transitioning into minor. He used his pointer to middle finger for the first hammer on and now shifts his hand over into that minor position and using his pointer to bar the 2nd and 1st strings on the 12th fret picking the 2nd string first and then the 1st string. Picking while shaking the 15th fret 2nd string a whole bunch of times as seen at the 4 minute mark. Followed by the 12th fret hammer onto the 15th fret on the 2nd string, then pick the 12th fret 1st string, then pick the 12th fret 2nd string. At 4:09 Robert demonstrate the bend that follows this lick and includes a “stutter” He bends the 12th fret 1st string. I would best describe this as bending up and right when it comes down picking the string just as is and then bending again and repeating this motion so when you are bending the note as is it creates a stuttering sound, a stop and go. Robert played it six times and on the sixth time slowed it down while releasing on the descending bend, the bend going down.

Recap: How to Play China Grove Solo on Guitar

I hope you enjoyed Roberts lesson demonstrating how to play China Grove Solo on Guitar. Remember if you are also wanting to learn the rhythm guitar part to this song, Robert covers that in his lesson How to Play China Grove. So remember to slow these licks down and study the scale shapes. By switching from Major to Minor pentatonic the Doobie Brothers give this song a really interesting kind of flip in emotion and vibe, by switching from the major “happy” sounding scale to our “rocky” minor. When we switch you can definitely hear the solo get heavier sounding. So break them down, play slow to play fast, and of course, have fun! 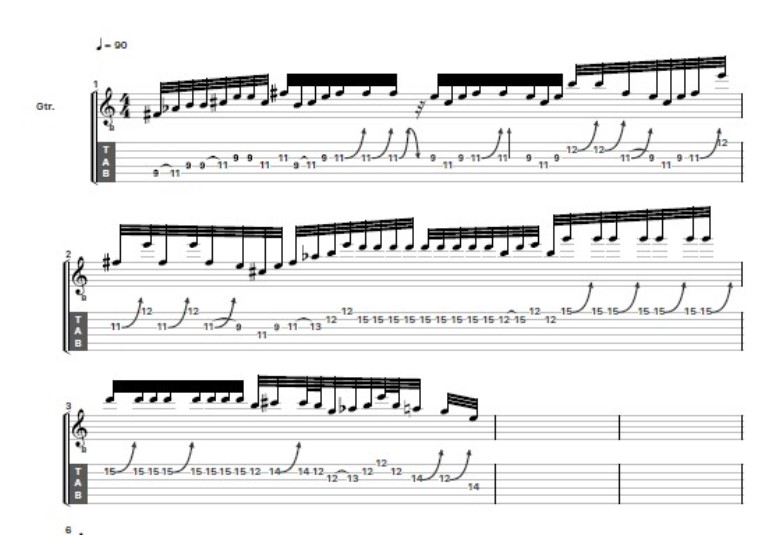