How To Play The Ultimate 80s Metal Guitar Scales

Hey, how is it going this is Robert with Guitar Control, today I’m going to show you how to play the “Ultimate 80’s Metal Guitar Scale” so if you like caps for this lesson and the scales we’re getting ready to learn. 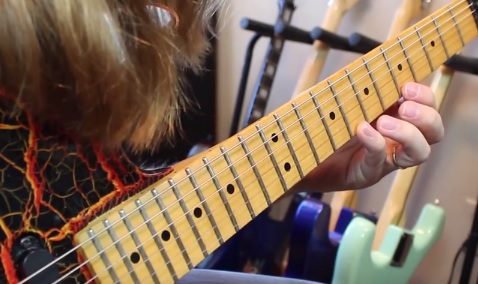 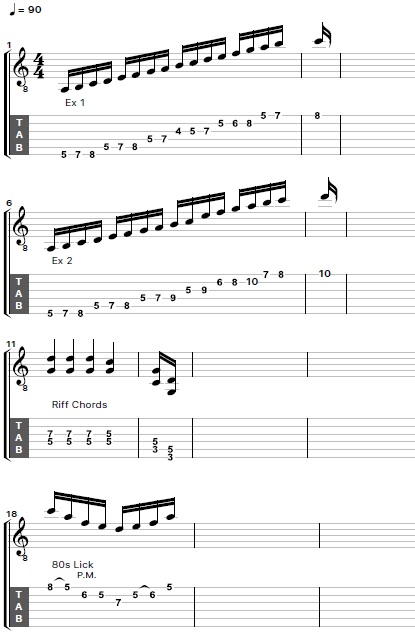 Let’s dive into learning the “Ultimate 80’s Metal Guitar Skill”, I’m actually showing you the scale in two different ways. I like to combine both of these shapes, it’s actually just our A natural minor scale or if you’re looking at from the mode perspective, it’s the a Aeolian mode the first ring up we’re going to learn two different ways, I prefer the second way but I like to use notes from the first way it’s all the same notes so you don’t have to worry about.

What I’m going to do is give you a riff kind of play around. I’m pedaling up for a string, but I’m going to have this little power chord, playing five on the D, and seven on the G, and palm mute the a string and back the chord, then I go to five on the DNG. The c5 we’re top of that you could do a lot of stuff when I throw the tabs, I think it has a toll like 85 – I’m just going 8.5 on the height and 65 on the b and seven on the g, hammer on six on the b and five on height.

Thank you so much for tuning in and I hope you enjoyed this lesson and got your 80’s fix. Make sure to subscribe on our You Tube Channel and we’ll see you in our next video lessons, thanks for watching.

How To Layla Guitar Solo From Eric Clapton Unplugged

Rhythm Guitar Lesson in the Style of Metallica – Part 1

How to Play Fade To Black by Metallica