The following five songs are great for kids who are just starting to learn to play guitar. They are quite simple to play, and most children are already familiar with the melodies, which they can also sing along to. Since they’re also short, it won’t be too hard for a child to memorize how to play them either.

“Happy Birthday to You”
The Happy Birthday song is a great song for children of all ages, because it’s something we continue to hear throughout our lives. The whole song can also be played on a single string, the high E, so it makes it even easier to learn.

“Old MacDonald”
“Old MacDonald” is a good song to learn, especially if you’d like to sing along, because it will teach by repetition without getting boring since the lyrics are always different. It also uses a lot of the open string so it’s easy on your fingers.

“Frere Jacques”
“Frere Jacques” is another song that can be played on mostly one string, but part of it can sometimes seem a little fast, so it might be a harder song for a young beginner to learn. Always start slow and stick to a tempo a child would be comfortable with. 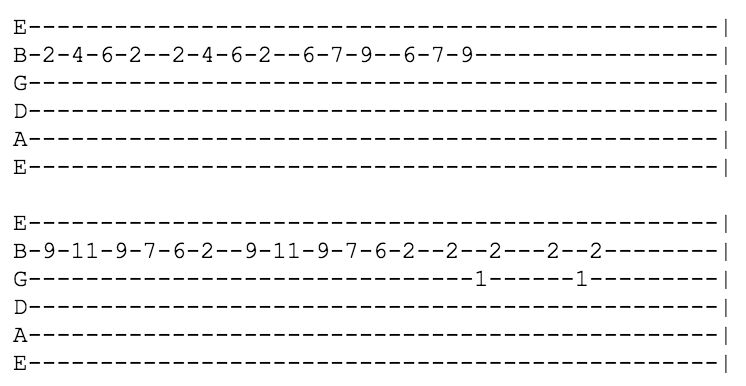 “Baa Baa Black Sheep”
Like “Old MacDonald,” “Baa Baa Black Sheep” also uses a lot of the open strings and can be played in the first position, so there’s no need to jump around all over the fretboard, which can be hard for young children to sometimes manage.

For most of these songs, you can also play them with chords for more of a sing along kind of feel. Chords however are much harder for young children to play, but it might be fun if an adult or older child were to play the chords, and the younger ones were to play the melodies separately on their guitar.

If your goal is to learn tons of songs, I recommend you to get this course: